It is only the start of the monsoon season, but already Pakistan is experiencing some of the worst flooding it has seen in over 80 years. Entire villages have been washed away, an early estimate of over 1,600 deaths so far and over 2 million displaced or otherwise affected. Not only is the immediate water damage causing havoc, the floods have inundated crop-producing areas, dealing a crippling blow to the agricultural-based economy and threatening a food crisis. The Pakistani government now struggles to rescue and provide aid to millions – while still fighting with militant Islamist forces in many of the hardest-hit regions. With even more heavy rains predicted in the coming days, here are a handful of recent photographs of Pakistanis as they cope with this latest disaster. 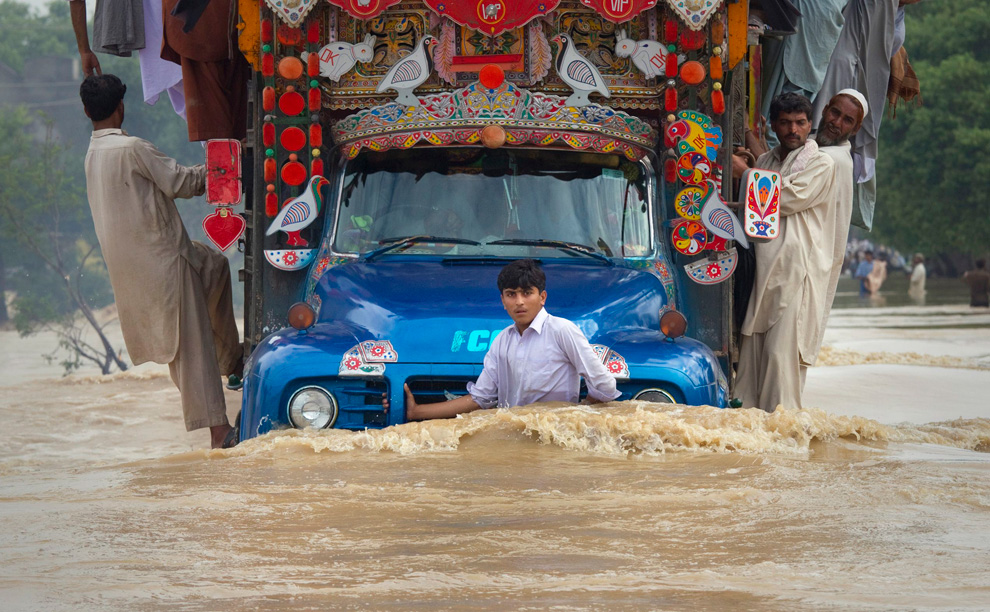 A boy hangs on to the front of a cargo truck while passing through a flooded road in Risalpur, located in Nowshera District in Pakistan’s Northwest Frontier Province July 30, 2010. (REUTERS/Adrees Latif) 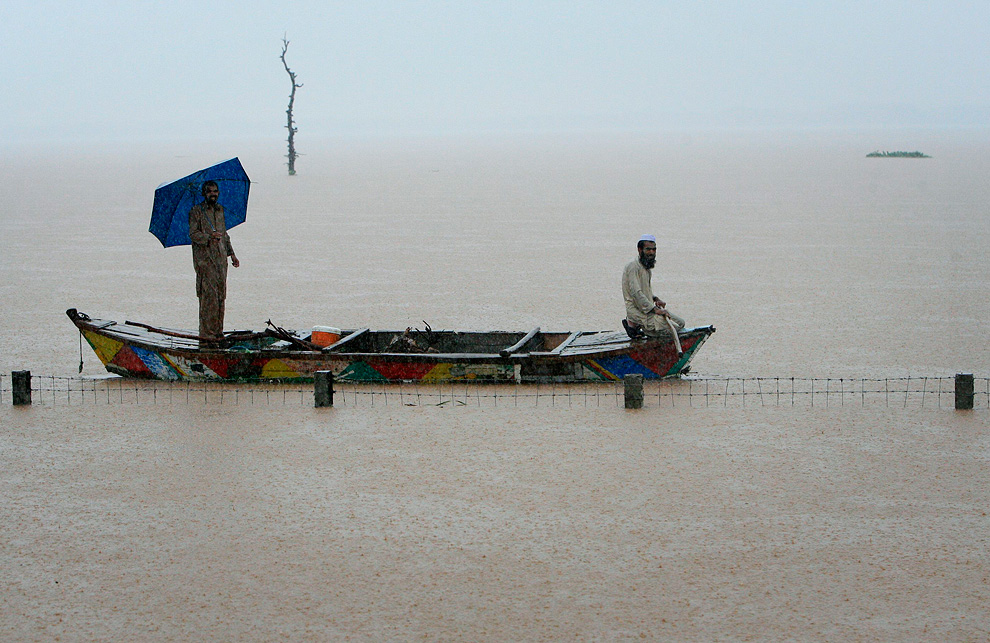 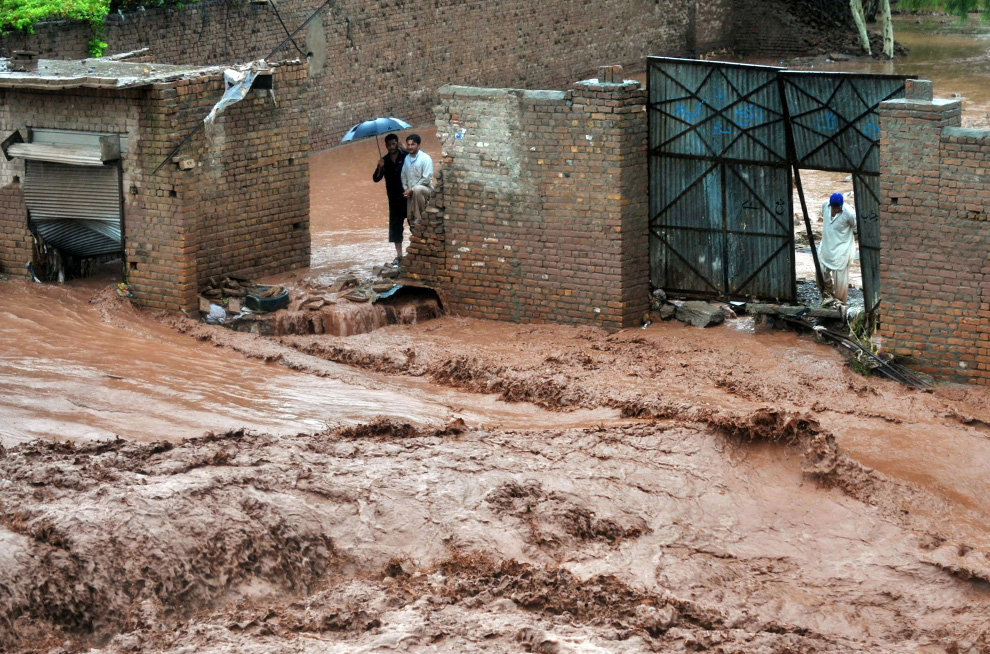 Residents watch water pour through a street on the outskirts of Peshawar, Pakistan on July 28, 2010. (A Majeed/AFP/Getty Images) 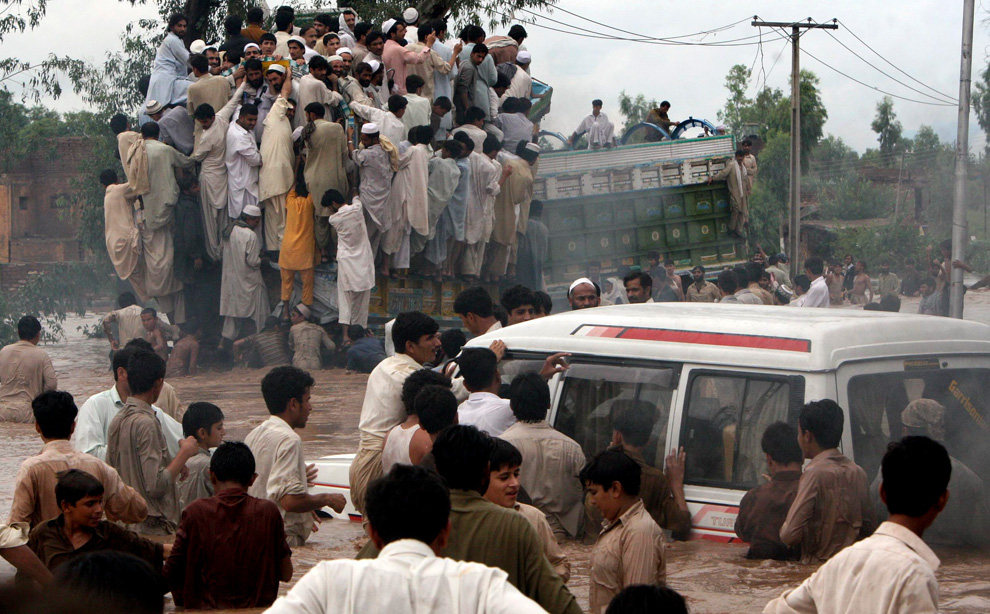 Nimra, a three-year-old girl, who was rescued along with her family from Kaalam in the northern area, kisses the window glass of an army helicopter after their arrival at Khuazakhela in Swat district located in Pakistan’s northwest Khyber-Pakhtunkhwa Province on August 1, 2010. (REUTERS/Faisal Mahmood) Residents watch from a nearby hill as army helicopters rescued trapped residents from Nowshera, Pakistan on July 31, 2010. (REUTERS/Adrees Latif) 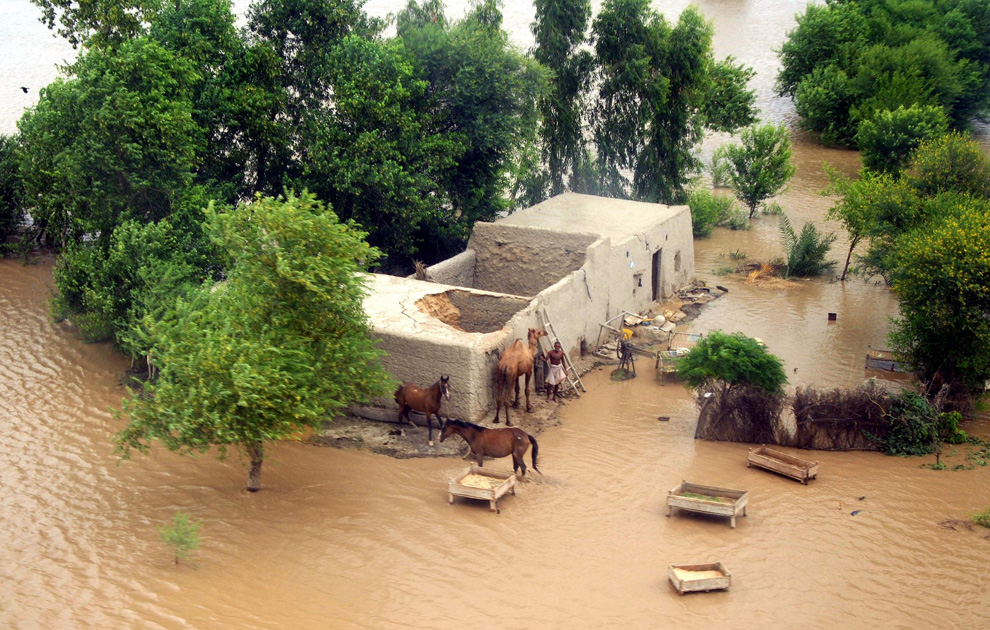 An aerial view of a man and his animals surrounded by floodwater in Taunsa near Multan, Pakistan, flooded on Sunday, Aug. 1, 2010. (AP Photo/Khalid Tanveer) 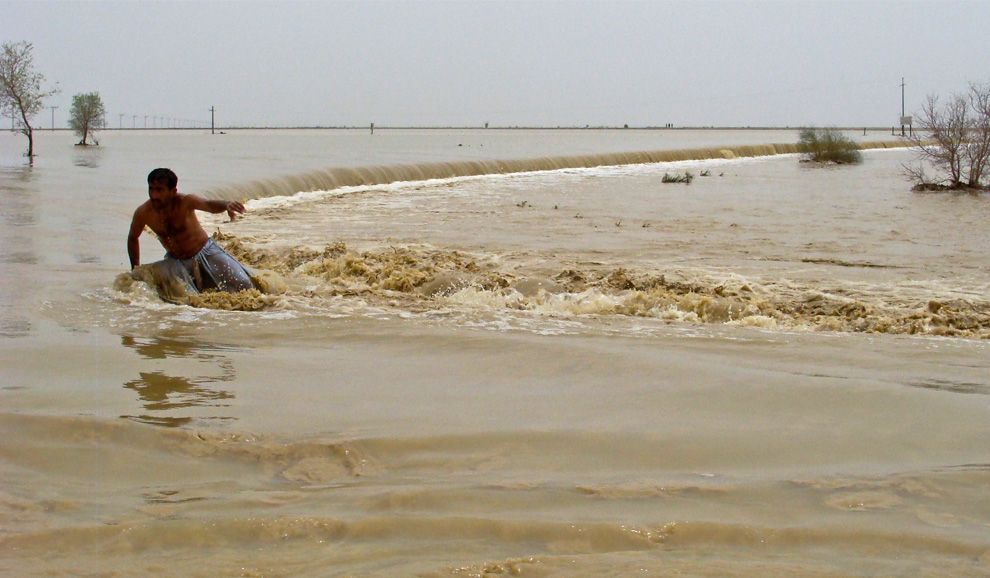 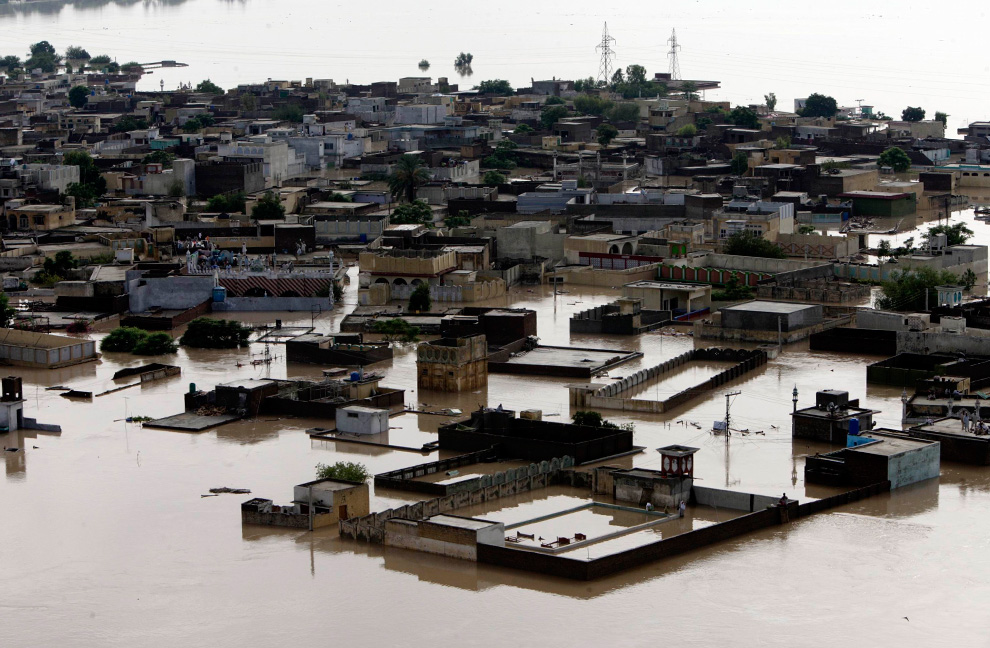