Latest:
Home / Blogs / Anum Syed / It is A True Story: Imagine It is Happening

It is A True Story: Imagine It is Happening 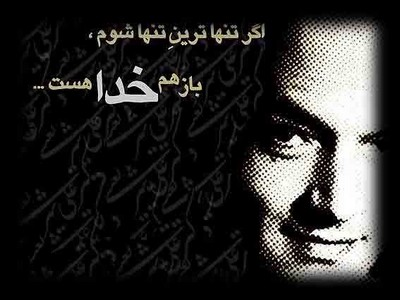 After reading detailed interview of Prof. Ahmed Rafique Akhtar and Ikisveen Sadi Ka Wali, I could not stop, my pen from writing, and my ears from listening, to the sweet whispers of some friends from the neighboring country.

This is a law of Nature, when ever we desire something with utmost sincerity and ask for it. Nature’s job is to provide, every possibility possible to help us out, to fulfill our desires. It gathers all the information and possibilities around us and starts guiding us in the right direction, to reach our destination. It opens up the doors for us, to the different people, who can help us out, as angels in human forms, it arranges the circumstances, even provides finances from places, we have never even imagined about before, for us.

Not too long ago, in one of our neighboring countries, a very oppressive regime was ruling for about last two generations. The last king was one of the fascist, oppressive and extremely cruel person. People were living like robots, very scared of his cruelties and death squads, besides all official buildings and services, from small to big business, all were suppose to have King & Queen’s big picture decorated on their walls, to prove their loyalty to the Ruler… Some people even had King and Queen’s Picture hanging in their homes to show their loyalty to the King.

This Monarch had, his Spies and death squads, all over the country, teachers, students, especially University students were very carefully scanned before to be admitted to the university or even to high school. He had one of his spy agencies by the name of Savak, very well trained by his best friends Americans, to keep the peace for the ruling class, and had built an underground torture station in the beautiful mountains of Mazandaran.

Speaking of Mazandaran, had its beautiful Caspian sea resorts, which offered all sorts of feminine, as well as masculine services to Americans, along with their world renowned Caviar. In fact Americans were living there more comfortably than in their own homeland.

This spy agency Savak had, American given talent in them to make a quite healthy and intelligent person, who will just dare to use his brains, get disappeared for ever, from the face of this earth. Nobody would question or dare to find out what happened to that young politically enlightened, student or worker…

As all this real horror was going on, Nature was helping oppressed people with the books and theories of Dr. Musadaque, who had long gone in person, but his given hopes were still alive in highly private circles of the youth… and Dr. Shariati who was still alive but living in exile in UK and was later killed by the Savak agents in UK.

Dr. Shariati was a highly qualified person, a modern sufi, who gave hope to the young people by his approach through Quran and the examples of Rasool ALLAH and his family and help them to understand how to adhere with their religion and stand up for their rights… how to stay away from secularism. His books and speeches helped youth to unite and build their self-esteem and dignity to fight the world’s fascist forces and throw them out of their country. His slogan, “Every day is Ashora… and every where is Karbala”… was popular among the youth and his book Fatemia Fatima was well known among the young women of that time… And off course Mullana and then Immam Khomani helped them in person and gave them strength by his physical presence.

Nature has its ways to solve the most difficult problems, the only condition is you need to have sincere desire…That is one of the laws of the Nature and Promise to all of us… you will be guided…

2010-10-25
Anum
Previous: Is An Efficiency at English or Any Foreign Language, A Criterion To Judge Somebody’s Talents?
Next: Do We Deserve This Type of Humiliation?